Recently I was trying to separate a foreground image from its background so I could put the image on a new background of a completely different color.  There is a GIMP tutorial, but it failed to help me remove the ugly white or colored edges from the foreground.  Here is the image I started with: 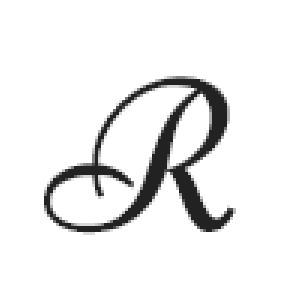 Using that above mentioned GIMP tutorial, I tried my best to isolate only the text and place it on my background.  The best I could do was this: 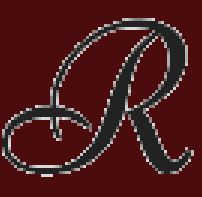 After using the Fuzzy Select tool to isolate the foreground image from it’s background (in this case, a white background) and pasting it into a new layer, I then set the entire background layer use the dark red color I wanted.  Then I used the “Color to Alpha” feature from the “Colors” menu.  It brings up this dialog: 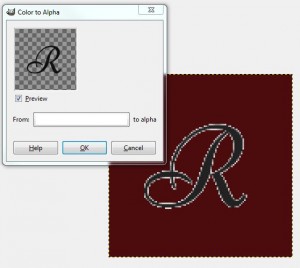 From here, you specify the color you want made into alpha.  I left it at the default, white.  According to the GIMP documentation, this tool, “…will attempt to preserve anti-aliasing information by using a partially intelligent routine that replaces weak color information with weak alpha information. In this way, areas that contain an element of the selected color will maintain a blended appearance with their surrounding pixels”.  That is exactly what I needed. 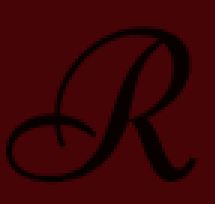 I had one final thing I wanted to do to the image, which was change the black color to a different one.  For this, I used the “Colorize” tool on the top layer, also in the “Colors” menu. 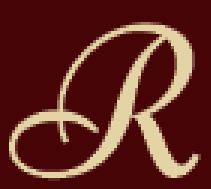 And the zoomed out, final version: